View all Live Music
Jack Ahern is no stranger to the live music scene in Cork with over 7 years of solid experience playing many different musical genres, in and out of many different bands and line ups.His influences include Rory Gallagher (which he frequently pays tribute to in his live sets), The Beatles, Thin Lizzy and Radiohead.Jack has also been composing music for as long as he has been playing it, his music has been described by Morrissey of the Smiths as Simply Brilliant Jack is constantly trying to move forward with sound and style and is well worth a listen. 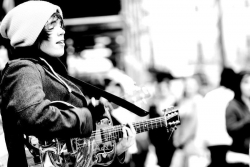 Show me all the Live Music
This site uses cookies: Find out more.